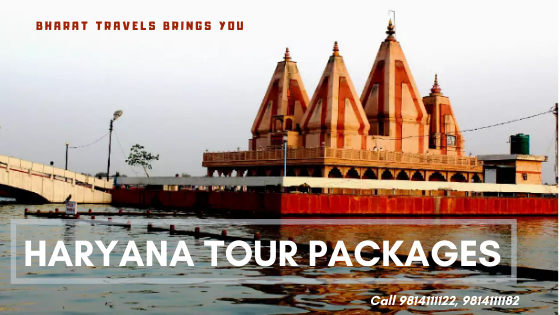 Haryana has lots of tourist destinations to offer. Also, Haryana is referred to as “the Green Land of India”; it not only has a rich past but a great present and a promising prospect too. This is the 16th largest state in India and it ranks amongst the leading industrialized states in the country. It is a major manufacturer and supplier of agricultural products in India.

Gurgaon: it is the second biggest city in Haryana. The land of Gurgaon has spiritual importance since it finds a place in Mahabharata. It put into overall contribution in the industrial sector with its remarkable infrastructure. No doubt it has become known as the state’s corporate capital. There are various tourist attractions in Gurgaon.

Kurukshetra: It is a popular pilgrim destination as this antique land was the battleground of the well-known Mahabharata war. In 2800 BC, this land is where Lord Krishna preached Bhagavad Gita to Arjuna on the eve of the ambitious war. There are various leading tourist attractions in Kurukshetra.

Panipat: It is situated on the bank of River Yamuna; Panipat is mentioned in Mahabharata since one of the five cities founded by the five Pandava brothers. Its historical importance extends beyond Mahabharata as the place has seen three critical battles in the history of India.

Ambala: It is one of the oldest cities in Haryana. It has been seen by the Archaeological evidence that the land was inhabited as back as the Paleolithic age. Throughout the British rule, the district of Ambala played its part by growing against the British army.

Pinjore:  It is situated at the height of 1800 feet above sea level. It is one of the beautiful tourist destinations in Haryana. It houses Asia’s best garden of the 17th century. Apart from being beautiful, the garden attracts historians and archaeologists in a similar way.

How to reach there?

Want to visit Haryana And looking for an affordable way?  Bharat Bus brings you reliable and affordable tour packages that include multiple amenities. Our company has provided people with a happy experience and satisfactory services. We are a Chandigarh based tempo traveller in Chandigarh that provide various tours for Family, Educational tours, Students Tour packages, Heritage packages in Haryana etc.